She may have been a brilliant English teacher, but she’s killing your efforts to communicate with customers. I had her, too. Sophomore year. Two semesters enduring a barrage of insults and essays covered with more red ink than the blue in which they’d been penned.

She was an enforcer

Her rules offered zero wiggle room. By God, she was teaching us the one and only correct way to write. No contractions. No sentences ending in prepositions. No use of the second person. I’ll slap every one of those split infinitives out of your paper. Starting a sentence with a conjunction? Clearly a mortal sin. (And not to appear sexist, but nobody has ever described “that” English teacher to me with “he/him” pronouns.)

But she was dead wrong.

Well, not completely. She taught us the academic style of writing. That formal, stuffy amalgam of long introductions, expository paragraphs, and conclusions summarizing everything we previously explained, peppered with five-syllable words cribbed from the thesaurus. The style encouraging us to stretch two pages of information into an eight-page term paper. Or, as some call it, college.

Her error was in her admonition she was teaching the one and only correct way to write. In the academic world, yes. Graduate students and professors continue to develop prose so labored and layered it borders upon incomprehensible.

But in the outside world — such as in your communications with customers, prospects, and other stakeholders — there’s neither reason nor requirement to write with that academic style. In fact, writing simple sentences in a conversational tone is nearly always a better way to deliver your message.

Generally speaking, the most effective communication uses simple, widely understood words, and short, simple sentences. They may not be dramatic or impressive, but they’ll be understood by a wider audience. Just as important, they present less of an opportunity for misunderstandings because someone thought the big word you used meant something else.

Writing at its best sounds just like people having a conversation. What do we do when we talk with one another? We use short sentences and choose familiar words. We start sentences with conjunctions and end them with prepositions.

So when you write, don’t focus on structure and complexity. Write what you want to say in the simplest terms possible. If you think a plant manager will save money if they switch to your brand of lubricants, write “Because our lubricants don’t break down as quickly, you’ll save money.” Done. No need to add five-syllable words and semicolons.

Also notice my use of “you,” the most powerful word in marketing. The teacher prohibited it, but it’s not only acceptable and appropriate in everyday writing — it will also make what you’re writing even more communicative.

There’s no question grammar and syntax are important. But grammar isn’t a rigid set of rules. It’s a framework. Just as different types of buildings require different foundations, different types of writing demand different types of grammar. Plus, grammar has changed dramatically since I sat in her classroom. Great example: “they” has replaced “he” as a neutral pronoun. Had I written “if a customer wants replacement parts, they can call us” in her class, I would have received a failing grade, but “they” is now the preferred usage.

The degree of grammatical correctness should reflect the situation, the medium and the audience. An email newsletter aimed at busy industrial purchasing managers doesn’t need to be as formal as a white paper directed to humanities professors.

However, that doesn’t mean writing to C-level executives demands formal style. They respond to the same conversational tone and warm, friendly style that motivates other humans. Most are too busy to wade through piles of content, so they appreciate people who communicate clearly, simply, and — most of all — concisely.

Catch their eyes with a provocative fact or promise, and you’ll get their complete attention. Quickly show them real-world proof your product or service accomplishes what you say, and they’ll consider your sales pitch. Hand them something as formal and clunky as that paper you wrote for Poli Sci 101, and they’ll discard you in favor of whatever’s next in line.

Don’t try to be impressive

Another reason some people opt for that clunky, stiff style they learned in school is because they want to impress their audiences with their superior intellect. If you really want to impress people with your knowledge, you’ll communicate it in a way they understand, using language that’s familiar to them.

Concerned that would force you to “dumb down” your message? Don’t be. Writing so that your audience understands you is kind and humane. Writing beyond their comprehension is what’s truly insulting. And if you’re not sure how to make your writing more communicative, maybe you need to connect with a professional writer.

After all, sending an email reading “the brewed beverage receptacle indicates a skew toward non-possession of the essential contents” isn’t going to impress anyone except that English teacher. Nor will it motivate them to make you another pot of coffee 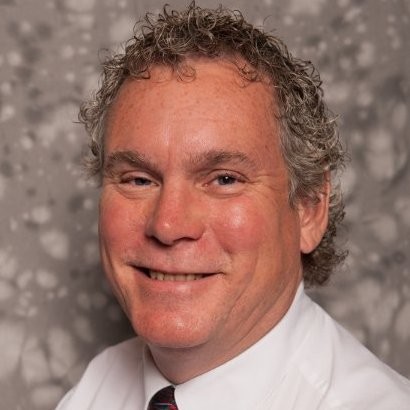 Professional writer, Scott Flood is our guest author this week.  Passionate about writing for real people,  the Chicago native  has authored several books and is a frequent author on copywriting and marketing topics for business publications.

For more tips on how to write conversationally and engage your readers, listen to Scott’s interview on MTFW, from 2019.  Listen now:

by Scott Flood | More than a Few Words

Get business tips, tools, trends and training delivered to your desktop

Our brief, weekly newsletter will help you stay one step ahead of your competitors with exclusive invitations, quick tips, new resources and so much more.